EJC is Expanding the Power of Low-Wage Workers to Achieve Fairness – as we Recover $5.5 Million in Unpaid Wages 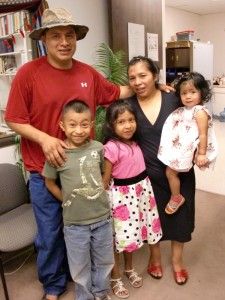 The stories on our website and in our newsletters highlight just a small fraction of the working men and women we have been honored to assist – from one man or woman with a small individual wage claim to large groups of workers with sizable aggregate claims. There are countless more low-wage working people like them, both in the EJC’s work and across the nation.

The Equal Justice Center is proud to have given more than a thousand such workers the power to use the legal system to enforce their own wage rights. And we are pleased that we have so far enabled these low-wage working people to recover $5.5 million in unpaid earnings. But along the way, we have been building something even more important: We are gradually reshaping our legal and economic institutions in a way that expands the capacity of low- and moderate-wage working people to enforce basic fairness. And, as they know better than anyone, that basic fairness is the thing that can anchor their place in the self-supporting middle class and can prevent them from falling into poverty.

In November, 2011 the New York Times reported the startling new revelation by the Census Bureau that one in three people in America is currently living either below or near the poverty line. Half of them are what the Times labeled the “near poor” – individuals and families at less than 150% of the poverty level who are struggling from paycheck to paycheck to escape poverty.

This is the community that the Equal Justice Center works every day to serve and empower – working men and women striving to support their families through their own honest labor, but often living just one paycheck away from poverty. When they don’t get paid what they’ve earned, the EJC is there giving them the actual power to require the employer to hand over that paycheck they’ve worked for. Moreover, we are increasingly institutionalizing the power of low-wage workers within the justice system, in the expectations of employers, and in changed employment practices. And as we do this, we and our clients are building both a critical buffer against poverty and a vital support for the economic security, dignity, and self-sufficiency of all working families.

Thanks to all of you who are helping support this extraordinary endeavor.